A Guide to SIM Cards & Mobile Phone Companies in Taiwan

Taipei was the first city in the world to introduce free wifi, but, unfortunately, it's never been reliable. Most coffee shops and virtually all hotels also offer free wifi, and it's usually fast and reliable. I still highly recommend, however, that all visitors to Taiwan purchase a SIM card.

I recommend that short-term tourists just get a prepaid SIM card from the airport on their arrival. Foreign residents of Taiwan can set up contracts, and while I used to recommend these, they now offer little if any saving over Chunghwa Telecom's prepaid cards, and given the beauracratic problems, I not longer have a contract and don't recommend one to others.

Most major mobile phone companies in Taiwan have kiosks at Taipei Taoyuan International Airport (TPE), the main airport which serves Taipei. Prices for unlimited data (and more domestic calls than most visitors would care to make) start at NT$300 for 3 days, or NT$1,000 for a month.  Simply put, all of these SIM cards will almost certainly offer reliable internet in the main cities for their promised duration and data limit.  Nevertheless, I recommend some much more than others.

Getting a SIM card in Taiwan can take up to fifteen minutes (or longer) because it must be registered with the government.  This is a little big-brotherish, but it's important to understand that the government of Taiwan is working hard to fight corruption and money laundering, and that it faces a very real threat of invasion by China. Yet, despite this, it is among the most free countries in Asia.

Most GSM phones (which take SIM cards) will work in Taiwan, and most (but not all) now provide 'one-size' SIM cards which the user snaps off to the correct size for their device (full sim, micro sim or nano sim). If in doubt, just show your device to the clerk at the counter and they will give the right card. Setting them up is not difficult but may take a few minutes; instructions are included in the pack. 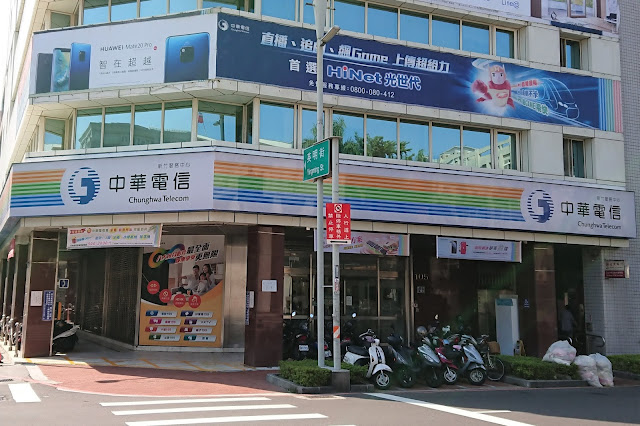 I have had a prepaid account with Chunghwa Telecom, the state-owned telecom, for over a decade, and have never had any problems. They offer the widest coverage in Taiwan, excellent customer service at their many branches all throughout the country, and their prepaid "Ideal [SIM] Cards" can be topped at their stalls or at kiosks inside convenience stores. They may cost a few more dollars compared with the private companies, but, from my thirteen years of experience, that is money very well spent. I highly recommend them, especially if you intend to stay in Taiwan for any length of time. 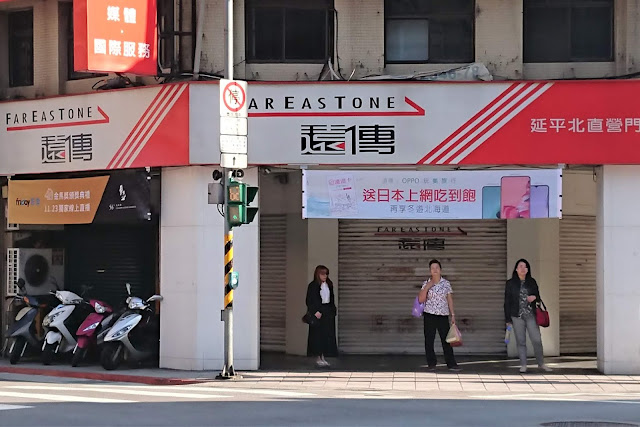 I have no personal experience with FET and nor does anyone I know. I have never heard of problems with them. If they offer a good deal, I would suggest taking it, but I can't recommend it with the same confidence that I can Chunghwa.


I had an account with Myfone for five years, and do NOT recommend them. While their rates are sometimes slightly lower than Chunghwa, and I found most agents I dealt with pleasant and helpful, their aggressive company policies make them very unfriendly to foreign visitors. In particular, they ask for a deposit of thousands of Taiwan dollars to open a countract, and they make it very difficult to get this back upon finishing the contract. They insist on sending it out as a cheque over a month after the contract ends, even if the customer agrees to pay all costs upfront. And it took me several visits before they would actually agree to cancel my contract, even though the term had finished and they were legally required to. I suspect that they receive some kind of desincentive when customers cancel their contracts, or it's possible that they would just prefer to spend their time on new signups and other administration, for which they clearly receive commissions.
I also once had a staff member ask for my phone, step back behind the counter with it, and without my consent install company apps on the phone; it appeared that she was paid a commission for each phone she installed it on. The app was for their television service which I did not have an account for. To this day I had no idea what else (if anything) she did with me phone, because she would not tell me.

This company sometimes offers incredibly low rates for "unlimited" data plans, but they have been accused of selling more unlimited data plans for than they have the bandwidth for (which means that their service will, at times, be slow or unreliable). If that's not enough, when they first opened about five years ago they refused to sell contracts to foreigners; I even offered to pay for a whole two-year data plan upfront, so that there was nothing for them to lose, but they wouldn't accept it. If that's not enough, they are (or were) owned by the same company as Ting Hsin, the compay which a few years ago were caught recycling used, discarded cooking oil as selling it as "fragrant lard oil".
If you already have a contract with them I wouldn't worry, but I stronly recommend not using them.

Some stores, mostly ones run by Filipino and Indonesians, which target the large population of foreign workers here from their respective countries, offer unlimited data sim cards for unbelievably low rates, sometimes only a couple of thousand Taiwan dollars (about $50 USD) for six months or more. They often have signs up advertising these cards in English outside their stores.

I do not know how they do this, but can only guess that they purchase large family or company plans under false names or fake companies, and then sell the sim cards separately. This is probably illegal, and buying one of these could potentially implicate a traveller in crime, though it would probably be more likely that the sim card just stop working. I strongly recommend only purchasing a legal sim card, with your own details, at a legitimate phone store, whether at the airport or another branch of one of the main three phone companies.

Getting a Mobile Phone Contract

Foreign residents (with Alien Resident Cerfificates, better known as ARCs) can apply for contracts with Chunghwa Telecom, Myfone and Far Eastern Telecom. Unfortuantely, most require a two-year contract, with sometimes hefty fees for breaking it, so I suggest considering carefully whether or not it's worth it.

Technically, contracts usually come with a free (cheap) device, or a large discount on a flagship phone (eg Samsung or iPhone) but most companies will want to be confident (perhaps with a Taiwanese gurantor) that the account will be paid. 'Locking devices' (to the phone company) until the account is paid off is not common in Taiwan.
For unlimited data, as of November 2019, Chunghwa Telecom offer an unlimited data deal (with their Ideal Card SIM) for NT$1,000 (about US$30) per month. Technically it can be slowed down after a certain limit is reached, but this is rarely a problem because the company has plenty of bandwidth. Users with an Ideal Card SIM card can purchase prepaid cards from the Ibon kiosks at the ubiquitous 7-Eleven chains (in English) and then buy a monthly "all you can eat" data package for US$999. In reality, it's usually easier to just walk into a Chunghwa store (which are almost as ubiquitous as the 7-Elevens) and ask a staff member to set it up for you.

At the time of writing monthly plans for unlimited data cost around NT$900, which is only about US$3 less per month than Chunghwa's unlimited prep-paid deal. I suggest that that difference isn't worth the hassle and commitment of a two-year contract.

There have also been complaints in the media that foreigners need their passport and their ARC (Alien Resident Certificate) to sign or cancel phone plans, while Taiwanese only need one form of identification; indeed this is almost the only situation in which I need to carry my passport with me in Taiwan (the ARC is sufficient virtually everywhere else).  Likewise, tourists need a passport to purchase a prepaid SIM card, unlike in most other countries, including Japan. But this seems like a fairly petty complaint to me; and of course it's not going to be a problem for tourists since everyone has their passport with them at the airport.

Get a pre-paid, Ideal [SIM] Card from Chunghwa Telecom, the largest and state-owned company. If you have an ARC and know that you'll be here for a while, then you can set up a monthly plan, but it's probably not worth the hassle.
Stay away from Myphone, (worse still) Taiwan Star, and (worse still) dodgey stores which offer under-the-table deals.
Then enjoy some of the world's fastest, cheapest and most-reliable high-speed internet.