The Beitou Museum (北投文物館) is home to around five thousand pieces of Taiwanese folk craft, ranging from the Qing Dynasty through the Japanese administration until the 1970s. It's housed in the best-preserved Japanese building in Beitou. There is plenty of English (and Japanese) signage, and headsets are available free of charge for more information about the exhibits. Note that the museum is often still called the Taiwan Folk Arts Museum in English, including on some signs around Beitou, and that by its new name it's often confused with the Beitou Hot Springs Museum. 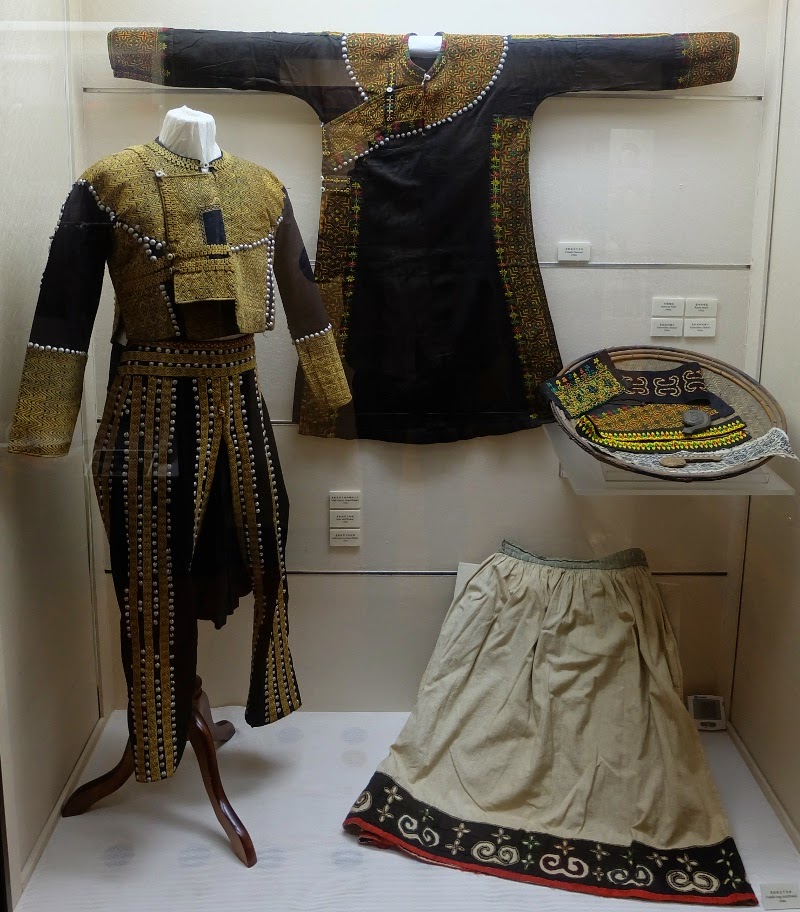 The museum houses more than one thousand pieces of art and craft produced by Taiwan's aboriginal tribes. There is no academic consensus on where Taiwan's aboriginal people, now called Yuan Zhu Min (原住民, literally 'original inhabitants') come from, but it's believed they've been here for at least eight thousand years; their original habitation of Taiwan, combined with their lack of Chinese descent, is a compelling argument for Taiwanese independence today. While special allowances are made for aboriginals to preserve their way of life (their land, for example, is protected) there is a serious danger that their many languages and culture die out as more and more young people flock to the cities in search of a more prosperous life. Many of the originally twenty six languages are extinct or endangered, a concern to many people around the world as many are mother-languages to other Austronesian languages around the pacific.


The majority of Taiwanese descend from immigrants from the Fujian provice of China, whose ancenstors migrated several centuries ago in waves until about the 1600s. These people (and their language, often today called 'Taiwanese' are often described as Hokkien. The Hakka (, literally "guest people") are a group of Chinese who were persecuted in China for centuries, and migrated all around the world (hence their name). Much like the Jewish people, they are generally educated, wealthy and very influential in Taiwan, with many politicians and other people in positions of power being Hakka. There are over three thousand pieces of artwork from the Hakka and Hokkien at the museum.

The building was built in 1921 as the Kazana Hotel, and was at its time the finest hot spring resort hotel in Taiwan (with what's now the Beitou Hot Springs Museum the public baths). Like most beautiful heritage buildings, it was used for various purposes (this one as a dormitory) by the Chinese Nationalists after they fled to Taiwan in the 1940s. It was originally opened as Taiwan Folk Arts and Antique House in 1984, and its name was changed to the Beitou Folk Arts Museum in 1987. The museum was recognised as an historic site by the Taipei Government in 1998, and underwent major renovations from 2002 until 2008. It's a beautiful Japanese building, and has been restored to feel very much like a traditional Japanese home or temple. It features small but beautiful stone gardens rarely seen outside of Japan.


There's a beautiful cafe overlooking Yangmingshan Mountain and Taipei, and the upstairs restaurant is housed in the original (restored) dining hall of the hotel. During WWII Kamakaze (suicide) Pilots used to come here to dine before their final mission, but you can enjoy a multi-course lunch for only 880NT (including admission) or tea and snacks for only 500NT. They assure me they can prepare vegan meals if given two days notice.

Essentials
It's a rather unplesant fifteen to twenty minute (1.5km) walk up to the museum from the park, as the road is steep and narrow, and taxis and tour buses for the many hotspring resorts along the way drive rather fast around the narrow bends. Consider taking a taxi. It's well worth the effort however you choose to get there.
Tuesday - Sunday 10:00AM - 6:00PM
It opens on Mondays if they are a national holiday.
(02) 2891-2318
Website