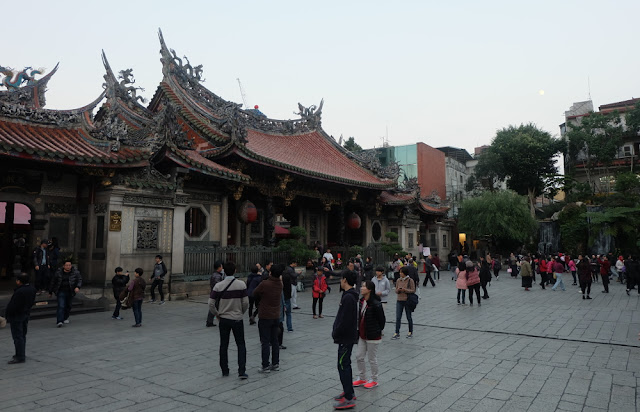 But behind the crowds of tourists taking selfies in the courtyard are the authentic, chaotic rituals of Taoist life, including a constant stream of worshippers coming to bai bai (bow in front of a god and make a burnt offering of incense) and various divination procedures. The best time to visit is during the early morning and at dusk, when the temple is at its busiest with worshippers coming before or after work. The principle Diety is Guanyin, the Buddhist Goddess of Mercy, but it's also home to over a hundred other Buddhist and Taoist deities.

The Longshan Temple first built by settlers from Fujian (Southern China) in 1738, but has been rebuilt several times. It was bombed heavily during WWII, as the Allies believed that the Japanese government Taiwan were hiding armaments inside it.

Other Temples Around Taipei