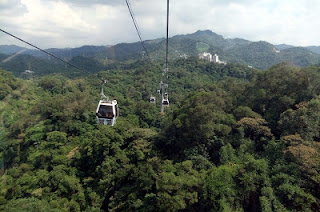 The Maokong Gondola whisks passengers up a four-kilometre journey into the Maokong district, which was traditionally a tea-growing region but is now focussed mostly on tourism. Sipping tea from a traditional teahouse while watching the sun set over Taipei can be a highlight of a trip to Taiwan. The region is also beautiful during the cherry blossom season (around February). The journey takes about half an hour, but as of September 2015 Google Maps does not get this time correct. Buses also run from Taipei Zoo Station for anyone who is afraid of heights or doesn't want to wait for queues to board, which can be quite long, especially during weekends and public holidays.


Teahouses usually charge around NT3-500 for tea, with unused tea available to take out. Alternatively most charge 1-200 for use of a tea set and hot water if you bring your own tea. 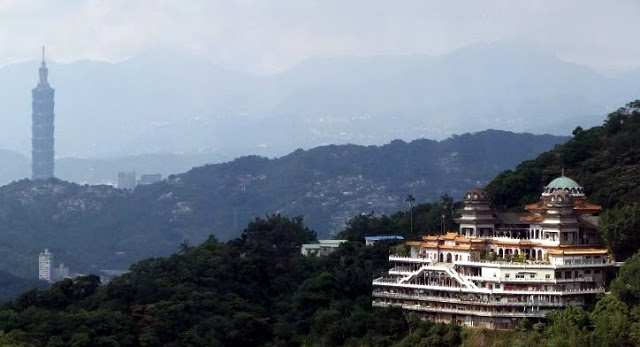 The second-to-last stop of the four stations, the Zhinan Temple Station, offers access to the Chi Nan Temple (an older spelling of Zhinan) which was founded in 1882 as a Taoist temple, but has been expanded over the last century to include Buddhist and Confucian temples. It's famous for the legend that unmarried couples who visit the temple will soon break up, since the resident god Lu Dongbin (呂洞賓), who has some long-standing jealousy issues, uses his Taoist sexual prowess to seduce unmarried women. (It used to be virgins, but he appears to have adapted his expectations to the modern era of later marriages and the introduction of love hotels from Japan.) Another concern is that if the cars are full leaving the first station (Taipei Zoo Station) then visitors to the temple will need to wait for others to disembark at the temple to board their car on upwards. So residents who tempt Lu Dongbin may find that their separation occurs earlier than expected, as they need to board different cars to continue on up to their planned tea date. 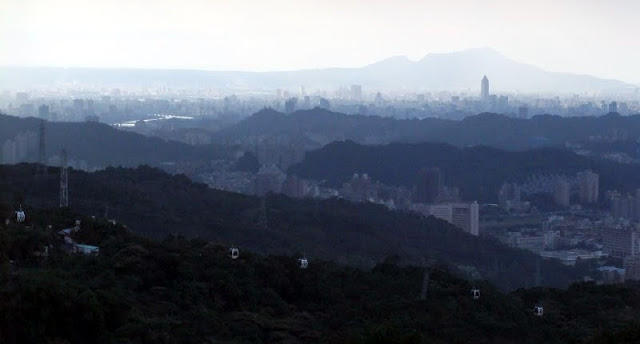 It's possible to walk up to the Chi Nan Temple from the nearby Chengchi University, along old stone steps, with a few old relics dating back to the Japanese administration of Taiwan. The walk begins at Zhinan Road, Section 3, Lane 33 (指南路三段33巷), and takes about twenty minutes. From the temple it will be necessary to take the gondola up to Maokong, since there are no good hiking routes for this section (which may require a wait during busy periods - see above).

To get to the entrance take bus 棕15 (Zōng, palm) from Taipei Zoo Station towards 草㓓 (Caonan) and get off at the 北政國中(Bei Zheng Junior High School) stop. Alternatively it's a pleasant 2.5-kilometre walk from either Muzha or Taipei Zoo Stations.

Take the MRT to Taipei Zoo Station, the terminal of the brown (Muzha) line.  It's half an hour from Taipei Main Station, with a change at Zhongxiao Fuxing.

Like all public transport in Taiwan, the gondola is subsidised by the local government, so is an incredible deal at NT60 for the complete journey to Maokong. However since it's been a financial disaster, and is mostly used by tourists, there is talk of subsidies ending for non-residents, a fair move which is likely to increase the prices significantly in the future.