If you've ever been to the Forbidden City in Beijing you may have noticed that it was empty. This is partly because when the Chinese Nationalist Party (KMT) realised they were losing China they shipped the most valuable fifth of its  treasure trove to Taipei. For decades it was stored in warehouses, in preparation for Chiang Kai Shek's dream of "re-taking the mainland". In the 1960s, however, it became increasingly obvious that these dreams were never going to be realised, so the National Palace Museum was built to display it. Approximately one fifth of the artifacts come from the museum, and the rest have been purchased or donated since then. Only about one per cent of the treasure is on display at any time, however there are a few permanent displays, but these are sometimes loaned to other museums around the world.

These artifacts have been a bone of contention over the years, as China claims ownership of them all. While they most certainly belong to China, the KMT (as a government of China in exile) defend their possession because had they not taken them the Chinese Communist Party would have destroyed them during the Cultural Revolution. This is true, and the fact that must "bourgeois" historical artifacts were destroyed adds to the value of these ones that the KMT saved. Since the recent thawing of political relations between the KMT and CCP there have been some exchanges between the museum and its counterpart in Beijing, which also uses by the name Palace Museum.

Photography is not allowed in the museum.

While many visitors enjoy seeing the largest and finest collection of Chinese artifacts in the world, much like Taipei 101 many tourists come away feeling underwhelmed or disappointed. This is partly because most people can't appreciate so much pottery, no matter what its historical significance. It's also because the museum was built decades before Chinese tourists were allowed to visit Taiwan, so it struggles to handle the thousands of visitors every day who come to see their country's finest collection of treasure. Finally, while being in Taiwan provides the opportunity to see this fine collection, virtually none of it has anything to do with Taiwan.


To see a smaller but comparable range of Chinese artifacts in a much more pleasant setting, head to the National Museum of History, located beside the beautiful Botanical Gardens (coming soon).

And, wherever you see your Chinese history, be sure to check out the National Taiwan Museum, which has been Taiwan's central museum for over a century. It's conveniently located inside 2-28 Peace Park, and displays exhibits on the history, culture, peoples, flora and fauna of Taiwan.

Admission: NT250
8:30 - 18:30
The ticket includes entrance to the attached Zhishan Garden, a Song / Ming Dynasty style garden on the same day.
MRT Shilin Station, Exit 1
Continue walking under the tracks until the first intersection. The bus stop is just to the right, outside Starbucks. Several buses go past the Grand Entrance (a long flight of steps, popular with tourists for taking selfies) and Red Bus 30 goes straight to the front door. It's all very well signposted.
A taxi should cost around NT200-300.
A combined ticket with Taipei 101 (NT600, saving NT150) can only be purchased at the Taipei 101 observatory.
(02) 2881-2021
Website 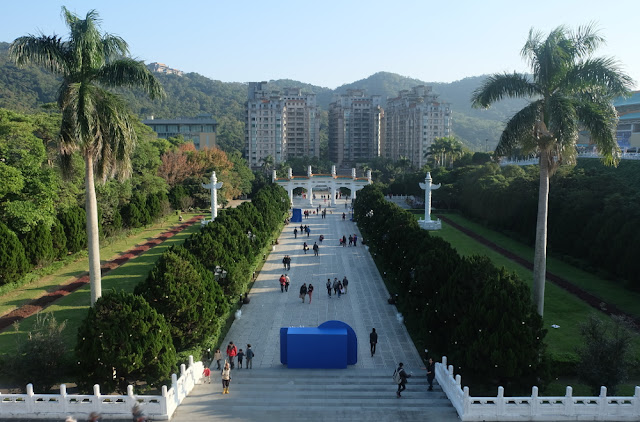