I stumbled on this path (小粗坑古道, also xiaotzukeng) by accident, and it was the most enjoyable hike I've ever done in Taiwan. The path heads up into the mountains behind Jiufen from Sonde Park, offering spectacular views over Jilong Mountain and the bay, and continues all the way to Houtong, a former coal-mining town just coming to tourist fame, largely for its domestic cats. It takes about three hours to reach Houtong from Jiufen, allowing for some serious diversions to historic spots, however this could be reduced for a quick hike and it would be easily possible to spend a day admiring and photographing the nature and history along the way. Allow a little long for coming the other way, as more of the hike is uphill. 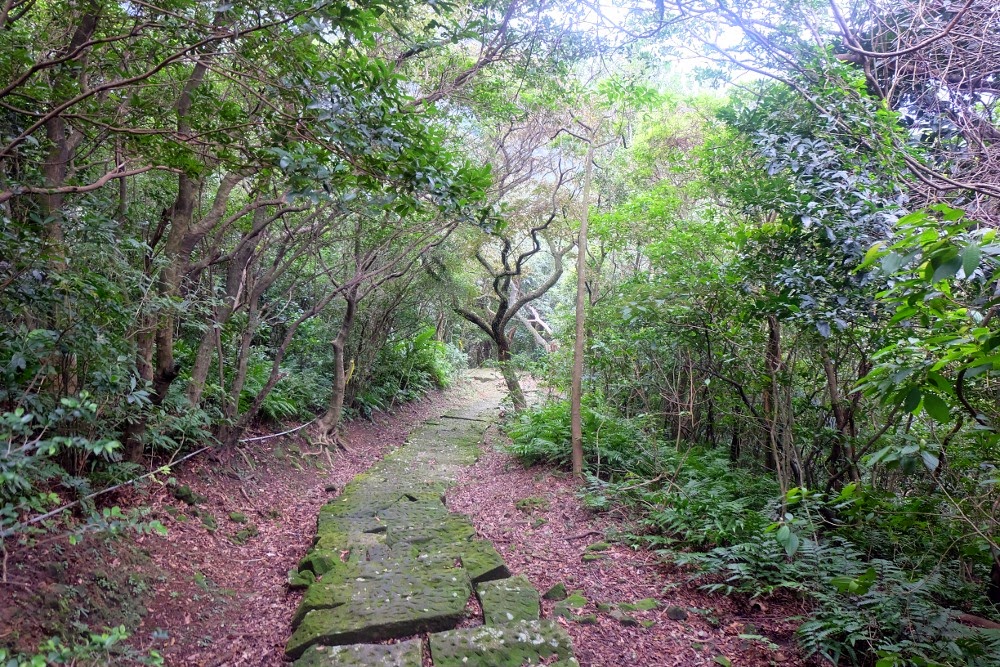 The path passes through a variety of grasses, shrubs and bush, and would be an interesting scenic hike if that were all it was. But the path also passes through the mostly abandoned former settlement of Siaocukeng (小粗坑) which at its peak was home to over two hundred residents, mostly wealthy gold miners, and even had its own (one classroom) elementary school. The settlement is all now in ruins, and mostly overtaken by jungle, allowing for some incredible photo opportunities for anyone interested. 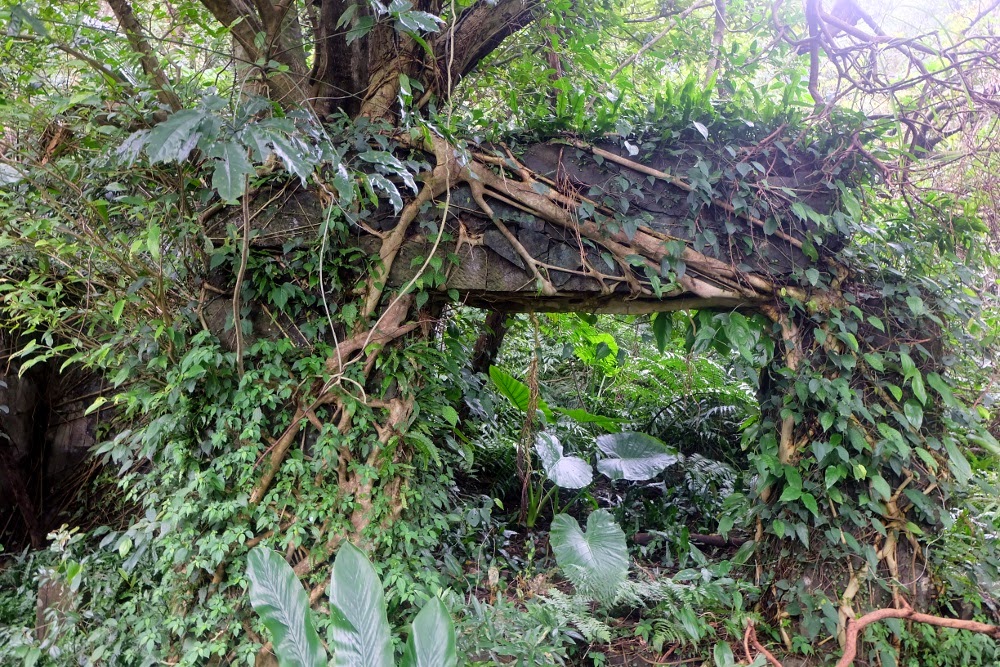 Temples
The path also passes by some old temples, which appear to be at least partiaully maintained. Miners used to stop at this temple to the (Japanese) land god on their way to Jiufen, to pray for a safe and prosperous day at the mines. It's been protected by a newer ferro-concrete structure around it, but while it's undoubtedly protected the structure from the elements, the original is certainly weathering the times better, with steel reinforcement literally peeling from the modern structure, and if nothing is done I'm worried it will collapse, and destroy the temple it is supposed to protect.  Sadly the previous deity, gold leafed, was stolen, and has been replaced by a less valuable one. 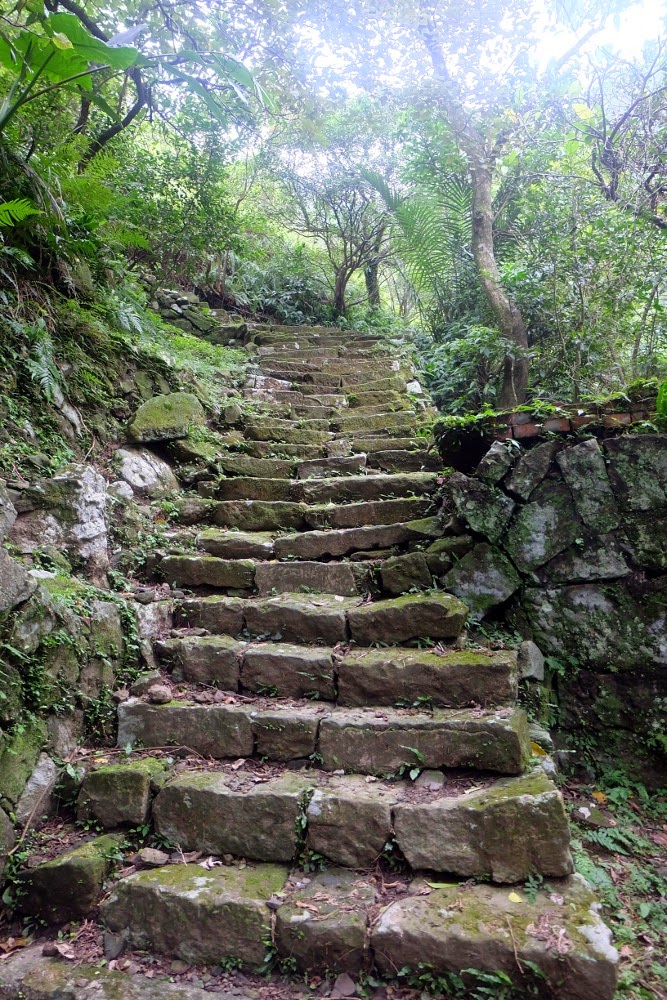 The quality of the stonework on the path is testimony to the wealth and the high standards of the miners of the day, and is unlike any other path I've walked in Taiwan. The moss coatings, combined with the surrounding ruins, give the pathway an eerie, almost mystical feel, as if one is stepping into another time and place (but certainly not Miyazaki's spirit world at Jiufen). I started early (about 9am) and didn't pass another person until I reached the road close to Houtong, and sometimes felt as if I was rediscovering this old settlement for the first time since its decline and abandonment two generations earlier. It was as if the hopes and aspirations of the miners so long ago are somehow still present in the stone structures they left behind, expressing themselves through the large trees which are now growing out of them.

Many of these old structures, while clearly abandoned, carry with them considerable history, and I'd like to bet that in time they'll be recognised as historical sites, so please be careful walking around not to damage stone structures, especially when trying to reach difficult positions to take photographs.


While the signposts and a few modern bridges show that the paths are maintained, most of the walk looks as if it hasn't seen any maintainence since the Japanese era. The moss-grown stone stairways and old stone structures along the way add an almost mystical appearance (and I wouldn't want to see that changed) but it does mean that the paths aren't nearly as safe as most other hiking paths in Taiwan. There are no rails, and the stone could be very slippery when wet, and beware of holes  in the ground. Do NOT risk being here after dark, but carry a torch in case you are (in the case of injury). And be sure to have warm clothes, wet weather gear (or at least an umbrella) and enough food and water for at least half a day.

I think I saw a snake dart into the undergrowth beside me (it having seen me first) and Taiwan has some dangerous hornets. It's best to make some noise (like conversation) as this will scare away the snakes (who are as scared of humans as vice versa) and certainly never trap them.


Where Next?
If you come from Jiufen, it's worth spending a few hours at Houtong (post coming soon) or else back to Riufang, Jinguashi or on to the Pingxi Branch Railway Line.