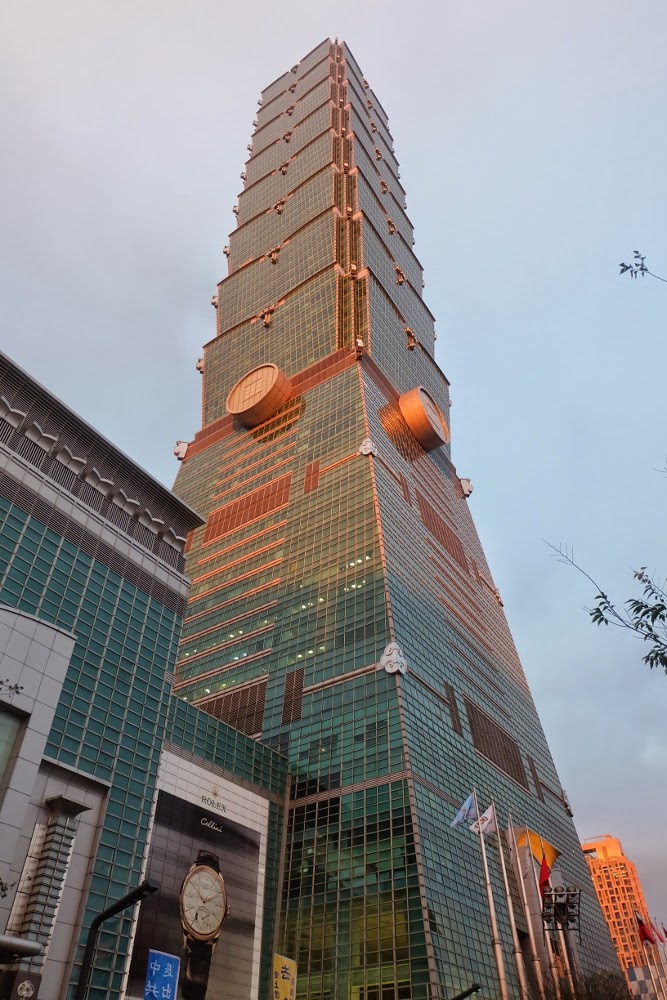 Taipei 101 Observatory
Taipei 101 was officially the world's tallest building from its completion in 2004 until 2010, when it was surpassed by Burj Khalifa in Dubai. As Taipei's icon it's considered one of Taipei's quintessential three tourist attractions, along with the Shilin Night Market and the National Palace Museum. I consider all three to be highly over-rated, however on the right day the Taipei 101 observatory does offer unparalleled views of Taipei and beyond, and the Xinyi shopping district is an interesting area to explore in itself, especially during the evening.

Taipei 101 is a compulsory stop on the Chinese tour bus circuit, so expect it to be very crowded. Many people also complain about being forced through a vast expanse of souvenir shops on the way up to the tower and crystal shops on the way down. 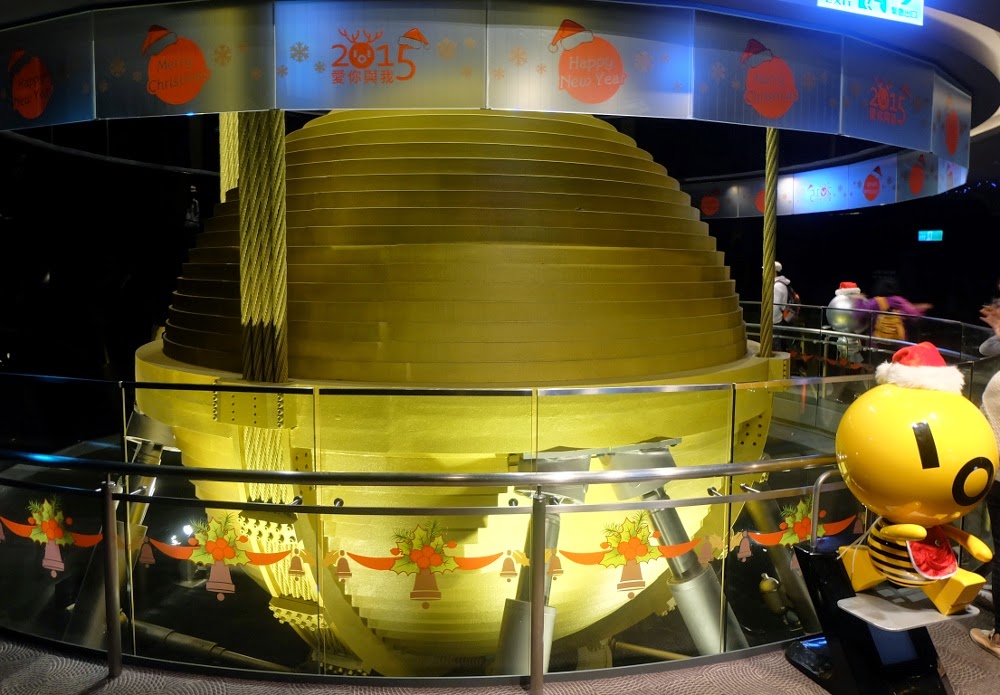 Many people dispute whether it was ever the world's tallest building at all, because the Willis Tower (formerly Sears Tower) in Chicago is taller, but Taipei 101's spire 'counts', while Willis's antennas don't. Either way Taipei 101 is an incredible feat of engineering given that it's built on a tectonic fault line, unlike the world's other tallest buildings, and it's also the world's tallest certified 'green building'. Visitors walk past the world's largest tuned mass damper, a 660-tonne sphere which keeps the building upright during wind and earthquakes, on the floor below the observatory on their way out. 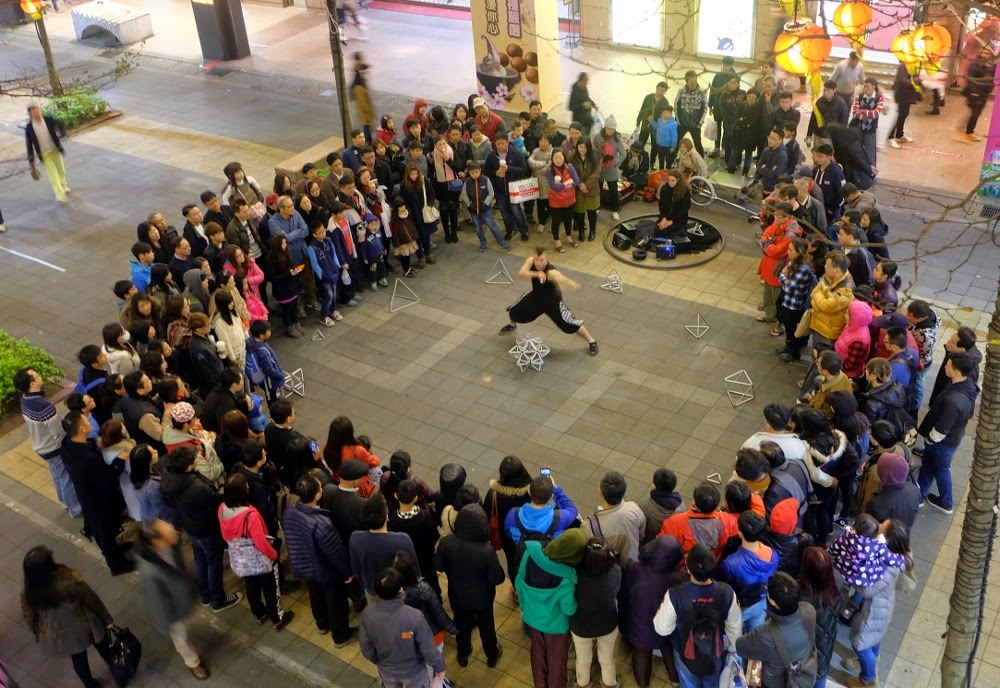 The Xinyi area around Taipei 101 is Taipei's most luxurious shopping district, with the most expensive brands usually found in the Taipei 101 shopping mall itself. On the fifth floor is the Page One bookshop, which carries a large collection of English-language books. The department stores to the North East of Taipei 101 between Xinyi Square (信義廣場) and Taipei City Hall Station make an interesting area to wander during the evening, especially when there are buskers performing in the courtyards which can be watched from higher floors.

Politics
As at most sites popular with Chinese tourists, practitioners and supporters of Falun Dafa regularly hold demonstrations to show a side of their practice not seen by Chinese and to protest the torture of their practitioners in China. To counter this, the Chinese government employs Chinese (their leader speaks with a Southern Chinese accent) to wave Chinese flags, sing communist songs and film any Chinese tourists who engage the falun dafa protesters (for which they may be punished back in China). Despite once being the most free country in Asia (according to Freedom House) recent political moves towards China have curtailed freedoms here in Taiwan, and foreigners have been threatened with having their visas revoked for joining the Falun Dafa demonstration.

Food
The foodcourt under Taipei 101 is aimed squarely at wealthy Chinese tourists, and most Western tourists are likely to find little appealing. It's well worth the walk to find something better. There is, however, a branch of Jasons, an imported foods shop, which sells a good range of imported snack foods and drinks, tea or any other high-end groceries.

Vege Creek
Also very good are Vege Creek, from which customers choose their own fresh vegetables, noodles and other staples, and a talented chef whips them up into an incredible one-pot wonder in minutes. Prices are according to the number of ingredients and vegetables chosen, but a large meal of several servings costs about NT200.

Bus Station
It's not worth taking city buses to Taipei 101, but there's a bus station at the nearby Taipei City Hall Station on the blue MRT line, with buses to must major destinations around northern Taiwan, including Taipei Taoyuan International Airport, which can avoid the worst of the traffic jams around central Taipei experienced by buses from Taipei's central bus stations.


Nearby
Sun Yat Sen Memorial Hall is a short walk away. 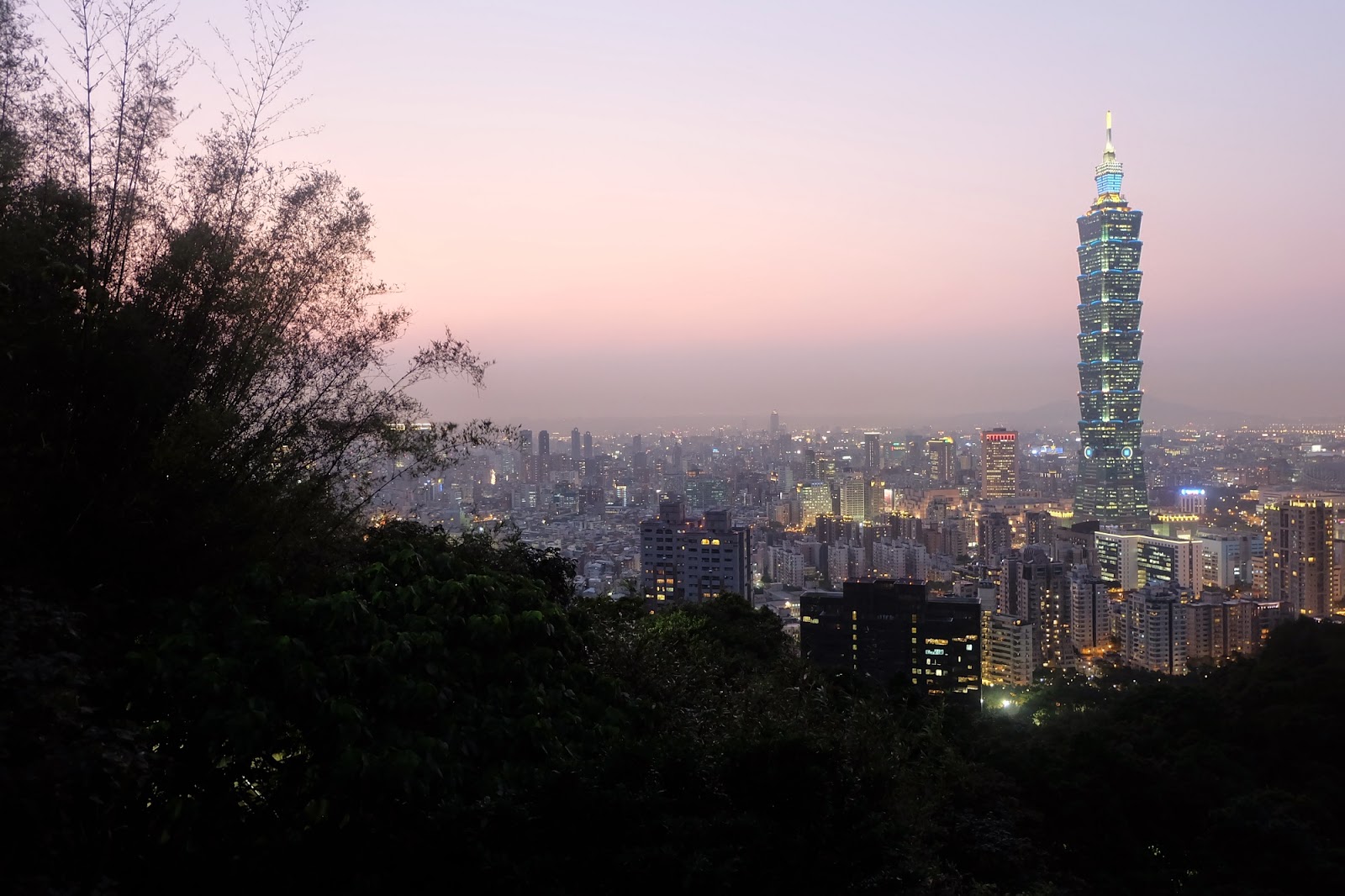 A comparable if not better view of the Taipei Cityscape, complete with the iconic building in the foreground, can be had from nearby Elephant Mountain (post coming soon). Take the MRT to Xiangshan Station (the terminal of the red line, one past Taipei 101) and follow the signs. 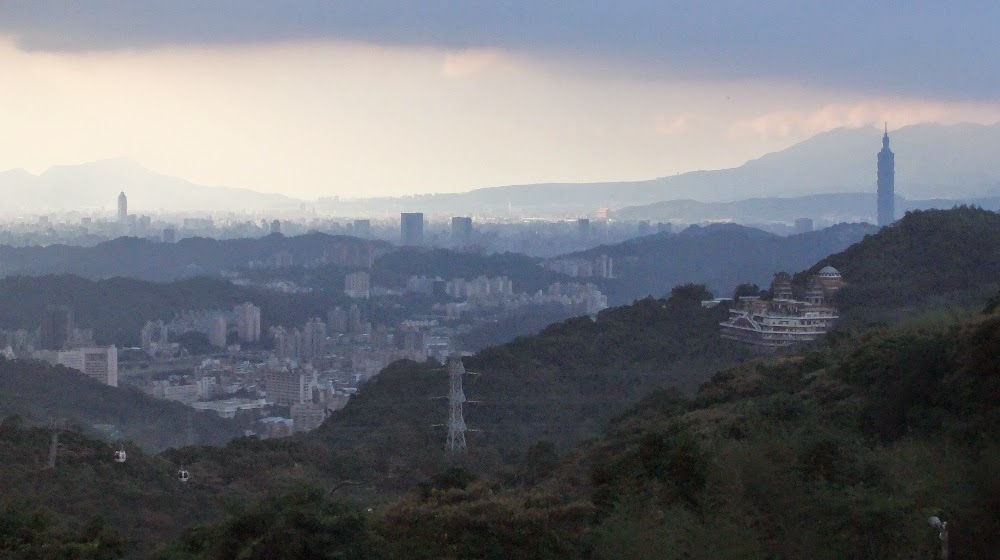 The Maokong Gondola offers views of the city from the clean(er) air of Maokong, but from much further away. It also offers hiking opportunities, and the MRT and gondola tickets combined cost less than half the price. 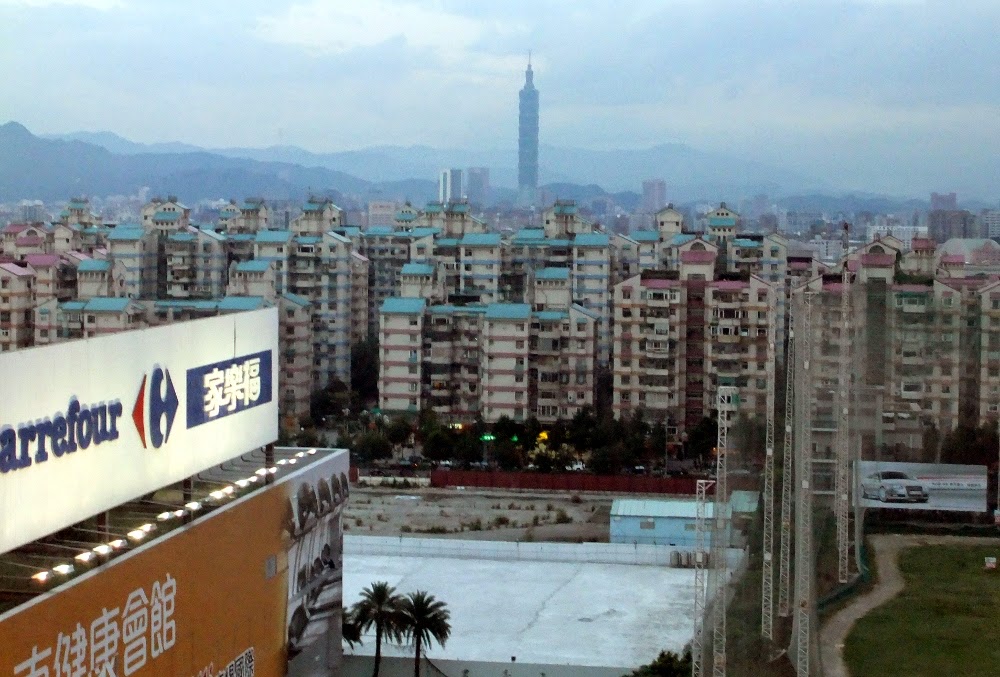 This giant Ferris Wheel at Mirimar Entertainment Park (美麗華百樂園) in Neihu was once Taiwan's largest, and while not nearly as high as Taipei 101, it still offers a reasonable view over parts of Taipei, in your own small car. It's particularly popular among young couples on dates. The Mirimar Entertainment Park also includes a movie theatre, and has no connection to the controversial Mirimar hotel resort on the fragile East Coast of Taiwan. Take the MRT to the Jiannan Road Station on the Neihu (brown) line. Opening hours: 11:00 - 22:00. Cost: 200NT per person, with discounts during the week or for students.